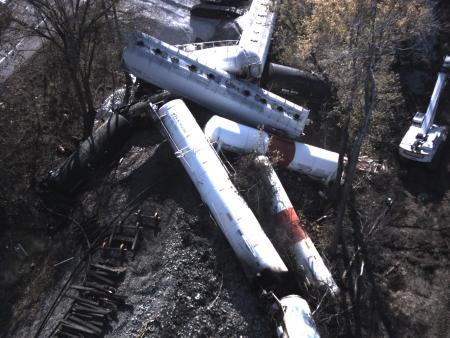 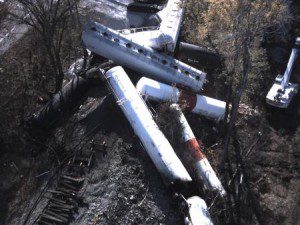 According to Drone Systems spokesman Joel Embry, the expense associated with using a Scout UAS for monitoring a Kentucky train derailment represents a fraction of the cost of deploying a helicopter for this type of aerial observation and intelligence gathering.

A Scout unmanned aircraft system (UAS) proved to be an invaluable asset to public safety agencies after a train derailment in Louisville, Ky., on Oct. 29, 2012, and subsequent chemical fire on Oct. 31.

Joel Embry of Drone Systems used the Scout UAS, which was developed by Aeryon Labs in partnership with Datron World, to assist incident command and emergency crews on the accident scene, providing streaming aerial footage to the command post as well as high-resolution photographs to planning section officers.

Local, state and federal agencies involved in the derailment response described the video, photographs and weather data provided by the UAS as critical to the incident’s safety, mitigation, cleanup and documentation. The ability to immediately access and control the Scout’s imagery from the command post provided an unprecedented perspective to commanders during the planning and execution of incident operations.

“We were able to fly directly over the site of the derailment at various altitudes on multiple days to provide high-resolution video as well as still photography to the teams on the ground,” said Embry. “They were literally taking the photography we provided and using them in real time in their situational briefings to make decisions on progress as well as next steps.”