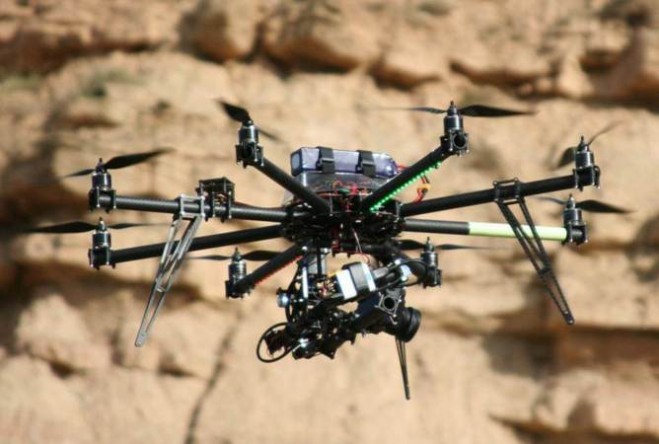 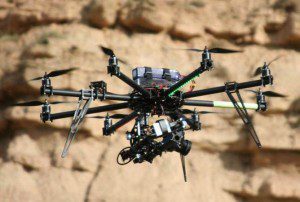 Using imagery acquired by a drone and applying a technique called stereophotogrammetry, geologists can produce accurate models down to the centimeter range.

Geologists are using an eight-rotor, camera-equipped “octocopter” drone to identify oil-bearing rocks and record the rock faces in minute detail to help extract more resources from the North Sea.

Researchers from the Universities of Aberdeen and Bergen in Norway are creating a “Google Earth for geologists.” John Howell, Aberdeen’s chair of geology and petroleum geology, explained that while two boreholes drilled a mile apart can provide rock samples to examine, the nature of the rock between remains unknown and could be very different.

“We have no real understanding of what’s between the wells if they are a substantial distance apart,” he said. “And the 15-cm strip from a borehole doesn’t allow us to analyze the rock at the resolution we’d like.”

Instead, a drone scans and records the rocks of exposed cliff faces, providing geologists and petroleum geochemists with highly detailed images that can help them identify the type of rocks likely to have formed oil reservoirs.

The project, called SAFARI, generates accurate 3-D models of entire rock faces. The current drone uses twin cameras to take pictures that are offset at slightly different angles and perspectives (similar to techniques used in 3-D cinema). Then, using a single point of reference on each, the photos are combined using computer software to triangulate a 3-D projection from a flat, 2-D image.