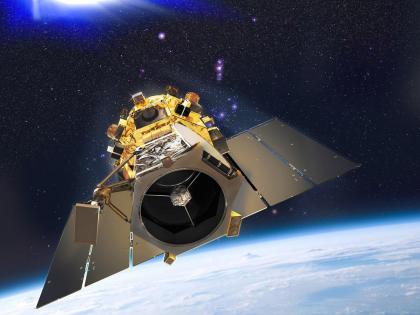 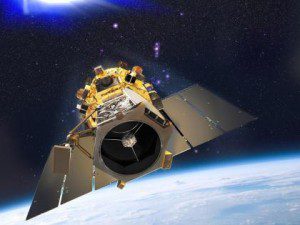 Adding imaging capacity by raising GeoEye-1’s orbit will better position DigitalGlobe to meet demand in regions where it’s sold out.

Geospatial imagery provider DigitalGlobe says the commercial market for satellite Earth imagery is growing faster than the U.S. government market and that the company remains sold out in certain regions despite this year’s purchase of rival GeoEye and GeoEye’s satellites.

To expand its offerings, DigitalGlobe is raising the orbit of the GeoEye-1 satellite, a move that will reduce the maximum precision of the satellite’s images but broaden its field of view. DigitalGlobe officials said the maneuver will increase the image-gathering capacity of the company’s five-satellite fleet by about 5 percent.

Meanwhile, DigitalGlobe is asking the National Oceanic and Atmospheric Agency (NOAA) to allow the commercial sale of lower-resolution, i.e., finer-detailed, imagery. The lowest current official resolution is 41 centimeters, but the company’s next-generation satellites will be able to supply photos with significantly lower resolutions to government clients such as the National Geospatial-Intelligence Agency. If DigitalGlobe has an image at a higher resolution it actually has to make it blurrier before it can sell the image.

There are several reasons for the possibility of a change. Airplane cameras can yield one-inch resolution, and satellite optics and their related technologies have improved markedly over the decade since the license standards were put in place. NOAA may well conclude that its current restriction hamstrings U.S. businesses in their attempts to penetrate the international market.

Read the full story about GeoEye-1.

Read the full story about DigitalGlobe and NOAA.