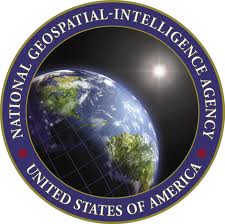 NGA is implementing a $50 million cut to its fiscal 2012 budget appropriation.

The U.S. National Geospatial-Intelligence Agency (NGA), which is managing the 10-year EnhancedView program, has been unable to determine where the cuts will be made despite having more than a month to decide the issue since the U.S. government's fiscal 2012 budget was signed into law, according to officials.

The $50 million reduction represents slightly more than 10 percent of the revenue that DigitalGlobe, Longmont, Colo., and GeoEye, Herndon, Va., had expected to receive from NGA in calendar year 2012 under EnhancedView.

The two companies are dividing EnhancedView's scheduled $7.3 billion in revenue over 10 years, starting when the contract took effect in mid-2010. EnhancedView's long-term perspective permitted both companies to invest in new satellites and ground infrastructure that NGA said would be needed under the program.

The total investment that GeoEye and DigitalGlobe are making in their GeoEye 2 and WorldView 3 satellites, respectively, is about $1 billion, including expansion and upgrade of the companies' ground infrastructure. Additional funding for that hardware is being provided by NGA.