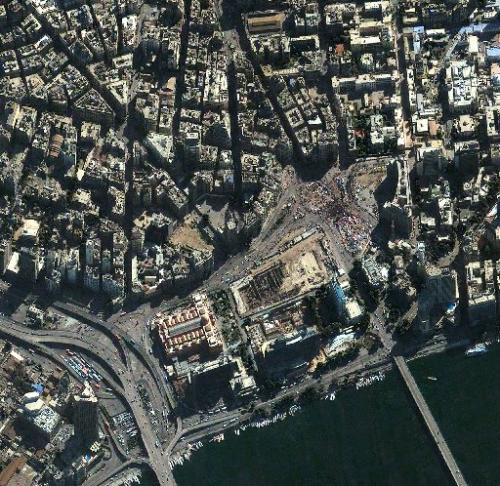 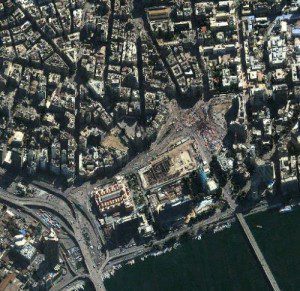 Earlier this month, a Longmont, Colo.-based DigitalGlobe satellite captured an image of the behemoth cruise ship Costa Concordia, lolled on its side in the ocean after running aground off the coast of Giglio, Italy. In December, the company released an image of China’s first aircraft carrier performing trials in the Yellow Sea.

The release of both images—and the thousands more that don’t make the news but are critical to DigitalGlobe’s clients—are the work of the company’s Analysis Center, which was formed one year ago.

Of course, DigitalGlobe has been aiming its cameras at interesting phenomena on Earth since its first satellite, QuickBird, launched in October 2001. But now that the company has a cluster of three satellites whizzing overhead with eyes that can collect images of 2.5 million square kilometers a day, the company finally has created a specialized team to analyze the photos, weeding through thousands of images to find the ones that give their clients and the public insight into the state of the world and then providing the context that helps people interpret those images.

“Basically, every single day all around the world we’re looking at things we believe will be of interest or that customers ask us to take care of,” said Stephen Wood, vice president of the Analysis Center.

A lot of people assume that DigitalGlobe and other satellite owners, private or government, have automated tools to search through the massive number of images taken each day by satellites circling the Earth. But that’s not the case.

“It still does come down to the people, and that’s what our team here is all about,” Wood said. “We’ve got some pretty cool technology, but it still comes down to the gray matter in the brains of how to look and search and make sense of some pretty complicated situations.”

In the last year, the new Analysis Center had plenty to look at, starting with the protests associated with the Arab Spring in Egypt. The analysts looked at the crowd sizes, but they also used the satellite images to determine the general feel of the area, including whether ships were still traveling through the Suez Canal.

“I felt like that was the first time that we didn’t just focus on the event, the destruction, or something going on,” said Chuck Herring, who directs the Analysis Center. “We were really looking and starting to have the discussion of, ‘What is the event like and how is that event affecting the country?'”

In the spring, the center turned its satellites onto the disaster unfolding in Japan, where an earthquake triggered tsunamis, which set off a nuclear disaster at the Fukushima Daiichi nuclear power plant.

“Our team came in the middle of the night—and pretty much every night for a week and a half,” Wood said. “We would collect imagery, and as soon as it came in we were frantically trying to look at everything we could and get it out to people. We were frantically busy just to see what we could do to help out. We were blown away by the magnitude and severity and scope of it all.”

Also last year, the team partnered with the Satellite Sentinel Project to keep tabs on what was going on in the Sudan region, where South Sudan gained its independence in July.

“They’re trying proactively to prevent atrocities and war breaking out in Sudan,” Herring told the Boulder
Camera from an office in Longmont where he sat with Wood and Mark Adel, the center’s senior research analyst.

In one case, the DigitalGlobe analysis center caught a freshly launched artillery barrage in an image, and in other cases, it got an idea of human migration patterns.

Most recently, the team is again pointing its satellites at the Middle East, this time to get a feel for the size of protests in Tahrir Square this week during the anniversary of last year’s uprising.

But while the team visually travels around the world from its office in Longmont, sometimes it’s the things closer to home that mean the most. In the fall of 2010—before the center was officially formed, but when analysis was being done more informally across multiple departments—DigitalGlobe captured images of the Fourmile Fire, which destroyed 169 homes in the hills west of Boulder.

“When that fire hit, we had a lot of employees who were personally affected by it,” Wood said. “We took the tricks of the trade and looked in oulder County. We were looking at people’s homes who were employees, and the only information they were getting in a timely manner was from us.”

This is an imagery analysis product that provides rapid and easy access for emergency response, onitoring of staging areas and damage assessments.

This is an imagery analysis-based monitoring product that provides context, perspective and situational awareness of specific areas selected by the end user and proactively monitored by DigitalGlobe’s constellation of satellites.

Customers may contact the DigitalGlobe Analysis Center to tap into the most advanced geospatial analysis resources for nearly any imagery information requirement.