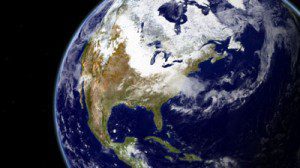 TRUTHS could boost our ability to predict climate change significantly.

According to a group led by scientists at the U.K.’s National Physical Laboratory (NPL), a dedicated satellite monitoring Earth's radiation balance could cut a decade or more from the time needed to make useful projections of global temperature at the end of the 21st century. As well as collecting its own data, the spacecraft would also calibrate other Earth-observation satellites.

Climate scientists have become increasingly convinced that much of the global temperature rise seen over the last 50 years or so is due to the emission of man-made greenhouse gases. But they are not able to predict with any certainty the extent to which temperatures will increase over the course of the coming century. Indeed, the 2007 report from the Intergovernmental Panel on Climate Change said the increase could vary anywhere from about 1 to 6ã€€Â°C. This uncertainty stems from the fact that a variety of different models are used, each making different assumptions about Earth’s climate. One of the biggest single sources of uncertainty is the nature and magnitude of the feedback provided by changes to cloud cover as the planet warms.

Reducing the uncertainties will involve continued space-based measurement of key climate variables, such as cloud cover, to compare these data with the values predicted by each of the various models. According to Nigel Fox of NPL, today’s space-based instruments require an observing period of 30 or 40 years before the uncertainties can be restricted to a range of about 1“2ã€€Â°C.

At this point governments will know whether and when they need to take major steps to combat climate change, such as building large flood barriers, or whether more modest changes will do the job. However, Fox and colleagues from the United Kingdom, United States, and Switzerland argue that this period could be cut to just 12 years following the launch of a satellite known as TRUTHS.

TRUTHS would measure the intensity and spectral composition of radiation coming directly from the sun and radiation reflected back into space from Earth”with an accuracy about 10 times better than existing satellites. At the heart of the spacecraft would be an instrument containing a black cavity that absorbs incoming light. The power of that light is obtained by measuring the cavity’s temperature rise and then using an electrical heater to deliver a known power to cause the same increase in temperature.

This “electrical substitution radiometry” is already used in existing satellites, but is carried out at ambient temperatures, whereas the instrument inside TRUTHS would operate at about “250ã€€Â°C. As a result, it would be as accurate as radiometers used in metrology institutes on the ground. Although this accuracy will degrade with time, the TRUTHS instrument will remain more accurate than today’s instruments.

Another satellite would be calibrated by pointing it and TRUTHS at the same bright surface (such as a snow field) and comparing the values obtained by each. “We would be effectively taking NPL into orbit,” says Fox, “just as if we were checking a customer’s light meter against our reference light meter.”

TRUTHS was first proposed to the European Space Agency (ESA) in 2002, and the proposal was updated last year with a â‚¬50“100m cost estimate. Since then a similar but larger NASA mission called CLARREO has been put on hold, so Fox is hoping that ESA, or perhaps even the United Kingdom, will back the project on its own. “I’ve no doubt the mission will happen at some point,” he says, “but it is a question of how quickly it will happen.”

However, Michael Mann, a climate scientist at Pennsylvania State University in the United States, says he is “unconvinced that such a mission will provide any definitive answers”. In particular, he believes it will be difficult for TRUTHS to quantify cloud feedbacks given the dominant natural year-to-year variability in cloud cover.

Michael Lockwood of Reading University in the United Kingdom is more persuaded. He believes that poor calibration between different satellites hampers our understanding of long-term climate change, adding that “future generations will curse us” for not paying more attention to the problem. And he thinks that TRUTHS could offer a way of improving such calibration for measurements of cloud and surface reflectance. But he says the detailed implementation of this improvement still needs to be worked out.