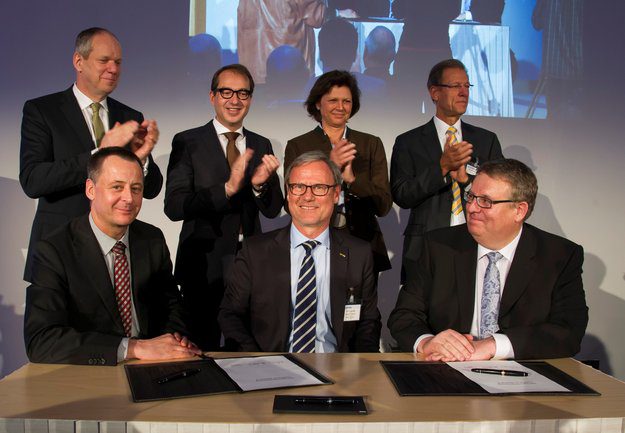 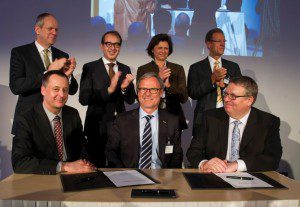 The €144 million contract for the Sentinel-5 instrument of Europe’s Copernicus program was signed with Airbus Defence and Space on March 28, 2014, in Ottobrunn, Germany.

With air pollution linked to millions of deaths around the world, it never has been more important to monitor the air we breathe. The deal marks a significant step forward as a deal is secured to build a crucial space sensor for tracking the world’s air quality.

“The Sentinel-5 instrument will be very important to continue the monitoring of our atmosphere by an operational system,” noted Volker Liebig, European Space Agency’s director of Earth Observation Programs. “Together with the launch of Sentinel-1A just days away, the ambitious Copernicus program is now on the road to realizing its full potential.”

The Sentinel satellites are dedicated to providing data for Europe’s Copernicus initiative—the first operational environmental observation system worldwide. Through Copernicus, data from all the Sentinel missions are free to users. Delivering important data on the atmosphere’s composition, Sentinel-5 is set to make a step change in monitoring and forecasting global air quality.

The state-of-the-art instrument will be installed on the polar-orbiting MetOp Second Generation satellite. It will monitor the composition of Earth’s atmosphere globally on a daily basis by measuring trace gases, such as ozone, sulphur dioxide, methane and carbon monoxide as well as aerosols that affect air quality and climate. The readings will help to monitor and differentiate between natural and human-produced emissions, providing new insight into the human impact on air quality, ozone and climate.