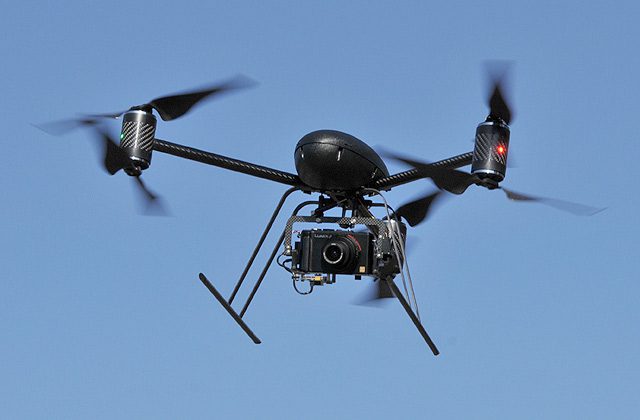 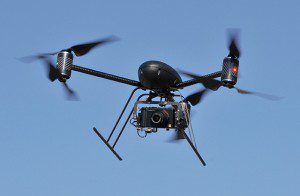 A DraganFlyer X6 UAS is equipped with a digital camera.

A massive fire at White Hall in downtown Grand Junction, Colo., burned for more than three hours on the morning of Sept. 15. Firefighters tackled it by truck and by hand, but they also got some help from the skies. After a firefighter fell through the floor of the building, crews looked for a safer way to attack the flames. The Mesa County Sheriff’s Office provided use of its DraganFlyer X6 unmanned aerial system (UAS) equipped with a camera to help safely scope out the target danger zones.

“We went up and put the infrared camera on,” says Ben Miller, who handles the device, “and looked down in to help them with the recognition of their hot spots.”

The images it captures could now help firefighters learn more about the fire and its cause. The images will be stitched together to form one large aerial view of the scene. According to Miller, it’s the first time the technology has been used this way in Mesa County, and possibly the whole country.

“After this operation, the sheriff’s office tells us they’ll likely use it as a tool in the future,” says Miller. “It’s just a great safe way to be up above it and look down in, instead of them having to don gear and walk into something that was just on fire.”

The Mesa County Sheriff’s Office acquired the Draganflyer in 2010.