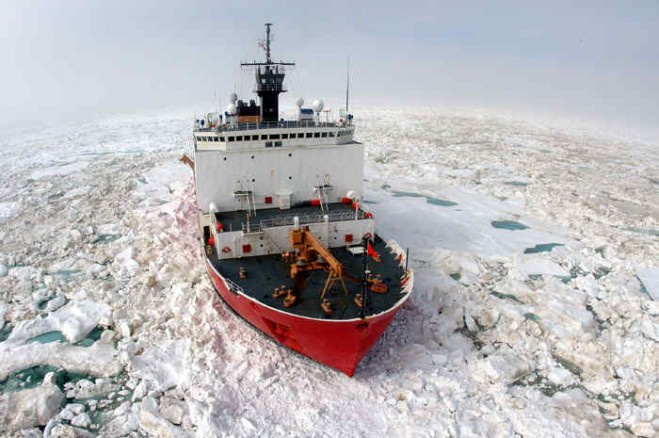 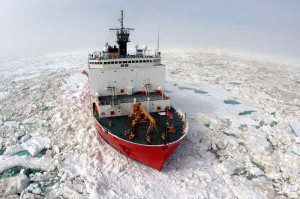 The U.S. Coast Guard wants to install a UAV on the Cutter Healy by 2012.

Gregory Walker has been tapped to assist the United Stated Coast Guard (USCG) in testing unmanned aerial vehicles (UAVs) for installation on their polar icebreakers. With the potential for a more ice-free arctic looming on the horizon, the USCG is hoping to have a UAV installed on the icebreaker Healy by fall 2012.

Walker is currently is the manager of the University of Alaska (UA) Unmanned Aircraft Program based at the Poker Flat Research Range.

Currently the Coast Guard Cutter Healy is the only U.S. icebreaker in the polar north and three total in service. While icebreakers are equipped to carry a helicopter, the climate’s harshness has led the USCG to view their use as unsafe in the Arctic.

According to the USCG and Walker, this is a problem. Without aircraft, ships can only see as far ahead as the bridge allows them. Satellite imagery, while helpful, is also problematic in that it can only show open water and ice (which is oftentimes covered by puddles of water, but still solid).

Equipping a UAV on the Healy would radically change how the vessel moves in Arctic waters, Walker said. While icebreakers can travel through thick ice (which is what their designed for), it burns more fuel and can make patrols longer. The installation of a UAV would allow the ships crew to choose the easiest route.

While the process has begun, the first UAV will most likely not be installed on the Healy until early fall 2012. “The military is developing them and I’m trying to find scientific and technical applications to use them,” Walker said about the UAV program.