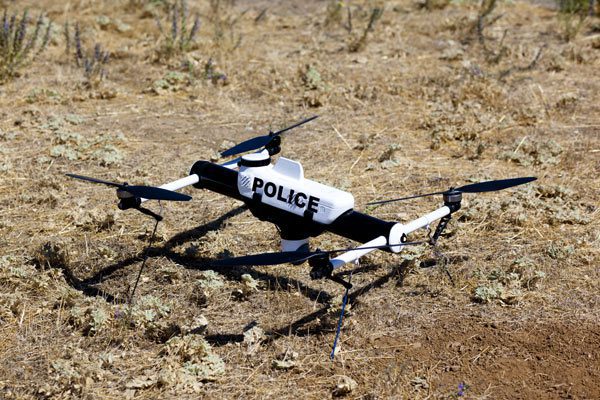 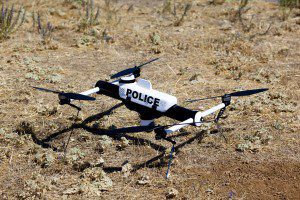 Last October, AeroVironment introduced the Qube portable UAS for use in public safety applications such as law enforcement and first response.

The Federal Aviation Administration is expected this month to revise rules limiting the civilian use of unmanned aerial vehicles (UAVs), especially below 400 feet above ground level. The potential changes have law enforcement agencies chomping at the bit to put small UAVs to work for surveillance, accident scene documentation and SWAT support, and manufacturers who’ve had useful technology sitting on the shelf for years finally anticipating civilian sales.

Aerovironment, based in southern California, hopes to succeed with a particularly small lineup of UAVs. On the large end, the Puma is a fixed-wing craft with a wingspan just over 9 feet and weighs 13 pounds. It can carry a stabilized, gimbal-mount camera or other sensor, be launched by hand, remain aloft for up to two hours at speeds of 20-45 knots and land either autonomously or by performing a deep stall to allow the operator to catch it in mid-air for recovery.

On the small end of the lineup is the Wasp. Despite weighing less than a pound and being called a micro air vehicle (MAV) by the manufacturer, it can carry small cameras with pan/tilt/zoom capabilities or infrared sensors for 45 minutes in autonomous flight guided by the Global Positioning System.

Last October, AeroVironment also introduced the Qube portable unmanned aerial system (UAS) for use in public safety applications such as law enforcement and first response. Small enough to fit easily in the trunk of a car, the Qube system can be unpacked, assembled and ready for flight in less than five minutes, giving the operator a rapidly deployable eye in the sky at a fraction of the cost of manned aircraft.

While Aerovironment has these UAVs already in production for military applications, it has an almost unbelievably tiny new model under development. Public Radio International reports that it looks very much like an Arizona Hummingbird, uses flapping wings for both lift and control, and weighs less than a single AA battery.

While law enforcement managers, especially those who’ve experienced the capabilities of UAVs in the military, can’t wait for the new era of aerial surveillance to begin, not everyone is in a rush to put silent, aerial cameras outside your windows. John Villasenor, an analyst for the Brookings Institute and opponent of police snooping via UAV, tells PRI, “I think we’re all accustomed to a world where we’re not being looked down upon from above and that’s a world which is, for better or worse, vanishing. I think it raises a lot of really interesting privacy concerns.”