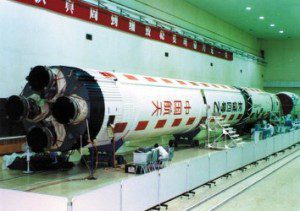 China's newest Earth observation satellite was launched on a Long March 4B (Chang Zheng-4B) launch vehicle on May 10, 2012, from the Taiyuan Satellite Launch Center.

On May 10, 2012, China launched a new optical Earth observation satellite it says will be used for science applications, but western analysts say it's designed for military purposes.

The official Chinese media refer to the new satellite as a new remote sensing bird that will be used for scientific experiments, land survey, crop yield assessment and disaster monitoring. As was the case in the previous launches of the Yaogan Weixing series, western analysts believe this class of satellites is being used for military purposes.