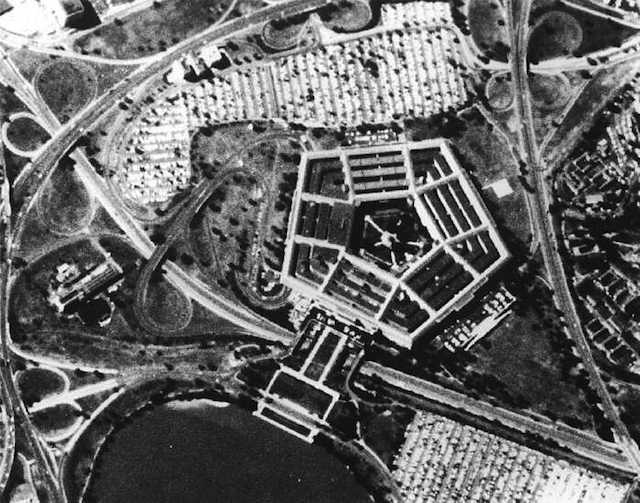 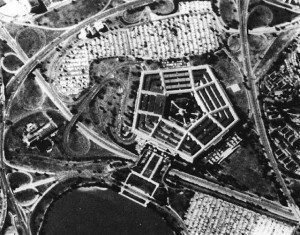 This image of the Pentagon was collected on film by a U.S. Corona spy satellite in 1967.

Being a U.S. spy satellite in the 1960s wasn’t easy—it meant dropping its photos in a special “film bucket” capsule from space, which the U.S. Air Force then had to catch in mid-air.

Strange as this seems, this is how it worked. Photographs captured by U.S. Corona satellites were captured on special 70 mm Kodak film using two panoramic cameras that evolved during the course of the program.

The satellites carried anywhere between 8,000 and 16,000 feet of film per camera, depending on the year and thickness of the film. Once one of these rolls was spent, it would be jettisoned in a GE reentry capsule nicknamed “film bucket.” This is where it gets interesting.

Once it survived the intense heat of re-entry, the heat shield would blast away around 60,000 feet and the “bucket” would deploy a circular parachute to slow its descent. Then, if all went according to plan, this capsule would be snatched out of mid-air by a passing US Air Force plane using an “airborne claw.”