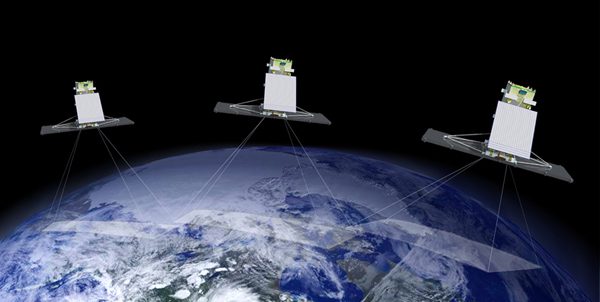 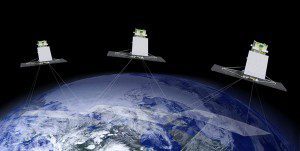 The Radarsat Constellation baseline mission includes three satellites, but the constellation is designed to be scalable to six satellites.

Canada’s ability to monitor and manage its Arctic interests appears to be in jeopardy amid federal funding cuts and conflicting spending priorities at the Canadian Space Agency.

The project in question is the Radarsat Constellation Mission, a set of three Earth observation satellites originally intended for launch in 2014 and 2015. The purpose of the radar-based satellites, as outlined by the federal government when it launched the program in 2005, is to support Canadian sovereignty and security through coastal surveillance by satellite in all weather conditions. In particular, the satellites would be able to detect activity in the far North and in Canada’s coastal waters. If a satellite spotted an anomaly, a vessel or plane could then be dispatched to the area.

In mid-April, MacDonald, Dettwiler and Associates (MDA), a key manufacturing partner in the Radarsat Constellation Mission program, announced it believes the federal budget doesn’t provide sufficient funding to continue the project as currently envisioned. MDA’s CEO Dan Friedmann said the project’s design phase is already winding down and, with no firm commitment from the government to go to the build phase, MDA can’t sustain payroll for the highly specialized engineers and scientists required to complete the project.

A majority of Canadians see Arctic sovereignty as the country’s top foreign-policy priority, according to a recent poll by Ekos Research for the University of Toronto’s Munk School of Global Affairs.