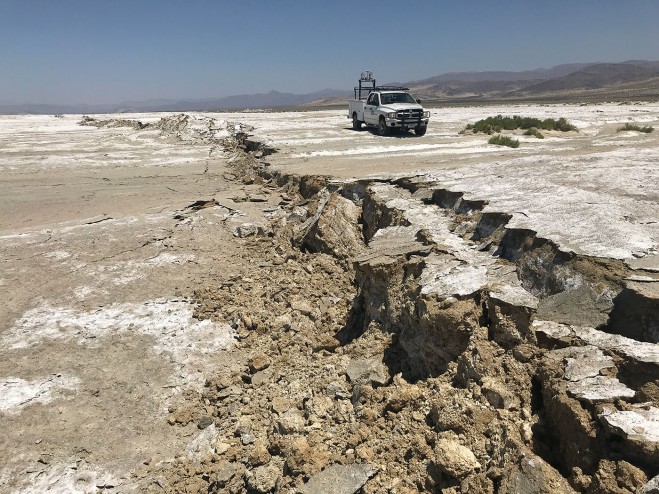 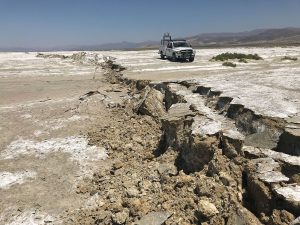 A new study of Southern California’s largest earthquake sequence in two decades provides new evidence that large earthquakes can occur in a more-complex fashion than commonly assumed. Analysis by geophysicists from Caltech and NASA’s Jet Propulsion Laboratory documents a series of ruptures in a web of interconnected faults, with rupturing faults triggering other faults.

The dominoes-like sequence of ruptures also increased strain on a nearby major fault, according to the study, which was published in the journal Science.

The Ridgecrest Earthquake Sequence began with a magnitude 6.4 foreshock on July 4, 2019, followed by a magnitude 7.1 mainshock the next day with more than 100,000 aftershocks. The sequence rattled most of Southern California, but the strongest shaking occurred about 120 miles (190 kilometers) north of Los Angeles near the town of Ridgecrest.

“This ended up being one of the best-documented earthquake sequences in history,” said Zachary Ross, assistant professor of geophysics at Caltech and lead author of the Science paper. Ross developed an automated computer analysis of seismometer data that detected the enormous number of aftershocks with highly precise location information, and the JPL team members analyzed data from international radar satellites ALOS-2 (from the Japan Aerospace Exploration Agency) and Sentinel-1A/B (operated by the European Space Agency) to map fault ruptures at Earth’s surface.

“I was surprised to see how much complexity there was and the number of faults that ruptured,” said JPL co-author Eric Fielding.