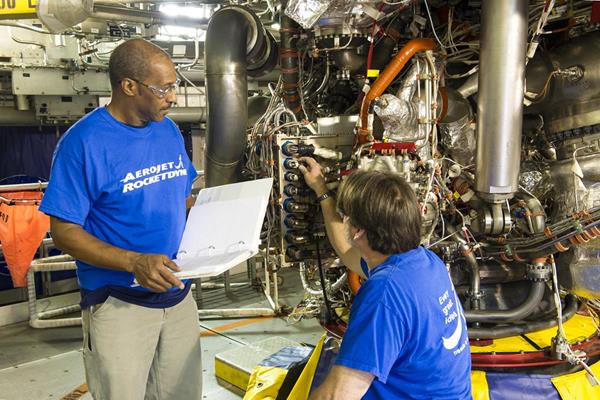 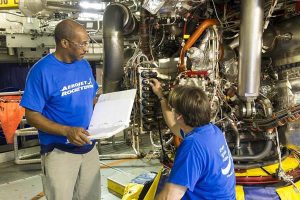 The controller often is referred to as the “brain” of the engine, because it translates the vehicle’s commands into action while monitoring the engine’s health. It makes real-time adjustments by tracking critical operating conditions, such as the speed of the turbopumps, combustion pressures and temperatures, thrust, and propellant ratios. The new controller for the RS-25 engine is a significant upgrade from the controller used when the engine flew on the space shuttle, and it builds off the additional experience gained more recently with Aerojet Rocketdyne’s J-2X engine test program. The new controller has 20 times the processing capability of the shuttle-era controller and offers increased reliability while providing a weight reduction of 50 pounds to each engine.

“Just think about all the advances in computing technology and electronics that have occurred over the recent years,” said Dan Adamski, RS-25 program director at Aerojet Rocketdyne. “We’ve been able to increase the processing speed, add memory and greatly improve the reliability of the entire controller communication network.”