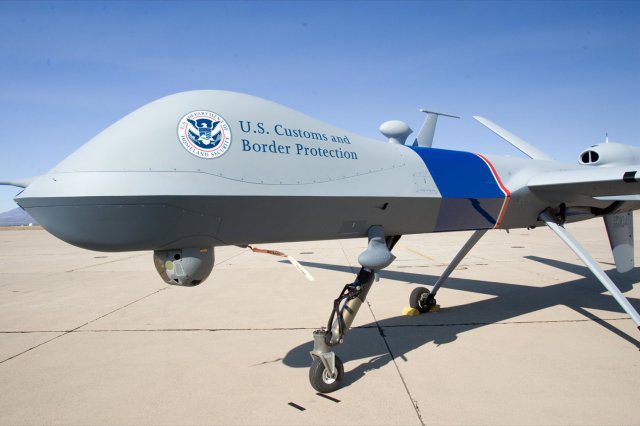 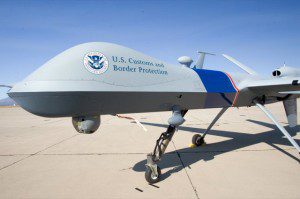 Unmanned aircraft have been credited with helping to seize 46,600 pounds of illicit drugs and catching a relatively small number of people (7,500) engaged in illegal activity along the border since late 2005.

The U.S. Customs and Border Protection agency’s Office of Air and Marine expects the Federal Aviation Administration this year to permit it to extend its unmanned aircraft operations into airspace just east of the San Diego metropolitan area, according to border agency spokeswoman Gina Gray.

Hailed by some, including U.S. Rep. Buck McKeon, R-Calif., for their cutting-edge technology, the unmanned aircraft’s expense–and efficacy–has been criticized by others.

At a cost of $18.5 million each to operate—including radar and sensor systems, maintenance, a ground control station and the aircraft itself—the unmanned aircraft have been credited with helping to seize 46,600 pounds of illicit drugs and catching a relatively small number of people (7,500) engaged in illegal activity along the border since late 2005.

Gray said it would be unfair to measure the program’s success by drug interdiction or border-crosser apprehensions alone, as the unmanned aircraft aren’t used solely for border security. The aircraft also assist in emergency and disaster response efforts.

The border agency has a fleet of nine Predator B aerial vehicles, including one deployed late last month to Arizona and another in October in Texas. Officials anticipate another aircraft will be deployed this summer in Florida. The aircraft, which can stay aloft for 20 hours, already patrol about 1,200 miles along the Southwest border from just east of El Centro in southeastern California to the Gulf of Mexico.

The agency flew more unmanned aircraft missions in the 2011 fiscal year, which ended Sept. 30, than any other year. More than 100 personnel are trained on the aircraft system, according to Department of Homeland Security records.

Customs and Border Protection Assistant Commissioner Michael C. Kostelnik, a retired U.S. Air Force major general who oversees the agency’s air and marine operations, including the unmanned aircraft program, testified in July 2010 that no other agency aircraft has the capabilities of the Predator B.

The expansion of the unmanned aerial vehicle program comes as the number of U.S. Border Patrol apprehensions in the San Diego sector dropped for the third year in a row, down from a decade-high of 162,390 in 2008 to 42,447 last year, according to U.S. Border Patrol records.

Such approvals are required by the FAA for public-use aircraft–such as planes used by law enforcement, universities or land agencies–to fly in the national airspace. For Customs and Border Protection, the border-region airspace extends about 15 miles into the United States.

FAA spokesman Les Dorr Jr. declined to comment on the border agency’s proposed use of the airspace, citing agency policy to not discuss such matters because of privacy concerns or law enforcement-sensitive operations. As of September, there were 285 certificates issued to 85 users nationwide.

The border agency’s plan to stretch the program into the more populous Southern California area—and future goals to expand the fleet to 24 aircraft—worries some air safety advocates. A Predator B aircraft crashed outside of Nogales, Ariz., in April 2006.

“We have always been opposed to any unmanned aircraft flying in the United States,” said Gail Dunham, executive director of the National Air Disaster Alliance/Foundation, which advocates for greater air safety standards, citing the potential for disaster. “This is insane in a heavily populated area.”

Shawn Moran, vice president of the National Border Patrol Council, the union that represents about 20,000 Border Patrol agents, said the money would be better spent on other things.

“CBP has the tendency to go out and buy flashy equipment and cutting-edge technology,” he said. “You could have all the cameras, UAVs (unmanned aerial vehicles), 2,500 miles of fence, but that’s all totally worthless if you can’t get an agent there to make an arrest.”