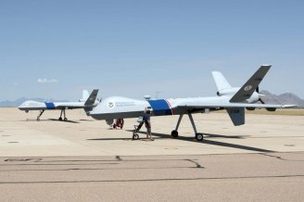 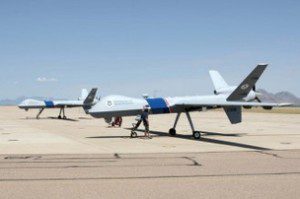 U.S. Customs and Border Protection has been on the forefront of domestic use of drones by law enforcement. Although there are still relatively few drones flying today, the Federal Aviation Administration predicts 30,000 will fly domestically in less than 20 years, according to a recent congressional report.

The border agency has locked in a five-year deal with a San Diego-area aeronautical company estimated to be worth as much as $443 million, according to a document posted Nov. 1, 2012, on the federal government contracting opportunities website. An estimated $237 million of that would buy up to 14 drones and related equipment.

Whether Customs and Border Protection will actually get the money to spend is another question. Congress hasn’t appropriated funding beyond the 10th drone the agency just received, which will fly from Cape Canaveral, Fla., and the agency hasn’t asked for any more for the 2013 fiscal year.

The Homeland Security inspector general’s office in a June 2012 audit recommended that Customs and Border Protection stop buying the drones until officials figure out a budget plan for the program and how to get the most use out of the unmanned aircraft, which are frequently grounded by inclement weather.