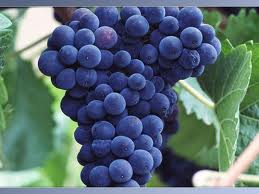 In France’s Bordeaux region, between July 15 and Aug. 15, depending on the season’s weather, some growers receive a CD of infrared satellite imagery of their houses from Astrium. The images are taken from 800 kilometers up, and are shot between 15 and 20 days before the “véraison,” the stage when grapes change color. “The technique is amazing,” says Patrick Bongard, the director of 14 Gironde region chateaus belonging to the Castel Group, one of the first French wine-producing groups based in the southwest region.

In partnership with the Wine Cooperative Institute (WCI), the Geo-Information Services (GIS) division of Astrium has offered a service for the past three years called “Œnoview.” The idea is simple—to provide wine growers with a map detailing the vegetative state of their vineyards.

“It helps the winegrower make decisions and save a considerable amount of time,” says Jacques Rousseau, the WCI Group’s director of wine-producing services. “It allows him to have an instant overall view of his vineyard. He can then know the state of his vineyard as if he had scoured the rows one by one.”

This satellite map can determine the uniformity of the ripening process as it takes place in a specific plot of land. The greener the grapes, the stronger the plant surface is; the more red and blue they are, the less developed the vegetation is. From this report, a vintner can draw numerous conclusions, including the optimum harvest date.

“For several chateaus, we thought the grapes were ripening at a uniform rate, but it’s actually not the case,” says Patrick Bongard, who has been using Œnoview since 2009. “We decided, therefore, not to harvest some zones at the same time as others, so that we harvest the ripest grapes only. In the end, for every chateau, by carefully selecting the grapes, we are able to put 20 percent of the production into our premium wines.”

The same goes for Fieuzal, a vintage wine from Pessac-Leognan, the first vineyard in Gironde to implement the high-tech system. “This system helps me chose my grapes better and harvest different batches at different times,” says Stephen Carrier, the director. “Also, I can better define the texture of my wines.” A new fermenting room built this year contains vats that correspond to batches of grapes, rather than to full parcels, which is usually the case.

Also, the maps can help vintners confirm or form hypotheses about a host of possible agronomical problems, such as aging vines, poor ground and overuse of plant-care products. The winegrower can thus modify his or her growing practices. “All the properties have seen their wine production evolve,” says Bongard.

Since the commercialization of Œnoview, 6,000 acres of vineyards have been photographed each year on behalf of about 50 clients, especially in the south of France. Clients pay 70 euros (about $100 dollars) per acre.

Even major advocates of the technology, however, are quick to point out that good wine depends on a lot more than just satellites and high-tech maps. “We don’t want to make winegrowers believe they can run their vineyards from a computer or even from Œnoview,” says Rousseau. “The human expertise remains essential.”

Story courtesy of Time and Worldcrunch