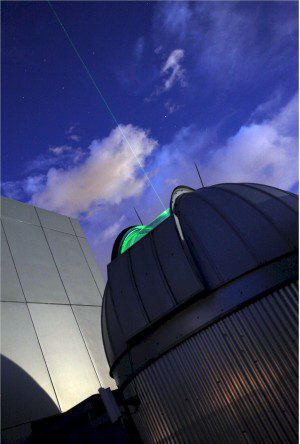 In the stratosphere, miles above Earth's surface, small, airborne particles reflect sunlight back into space, which leads to a cooling influence at the ground. These particles are called aerosols,” and a new paper explores their recent climate effects”the reasons behind their increase remain the subject of ongoing research.

Since the year 2000, stratospheric aerosols have caused a slower rate of climate warming than we would have seen without them, said John Daniel, a physicist at the NOAA Earth System Research Laboratory (ESRL) in Boulder, Colo., and an author of the new study.

The new study focused on the most recent decade, when the amount of aerosol in the stratosphere has been in something of a background state, lacking sharp upward spikes from large volcanic eruptions. The authors analyzed measurements from several independent sources”satellites and several types of ground instruments”and found a definitive increase in stratospheric aerosol since 2000.

The reasons for the 10-year increase in stratospheric aerosols are not fully understood and are the subject of ongoing research, according to co-author Ryan Neely, with the University of Colorado and the Cooperative Institute for Research in Environmental Sciences (CIRES). Likely suspects are natural sources”smaller volcanic eruptions”and/or human activities, which could have emitted the sulfur-containing gases, such as sulfur dioxide, that react in the atmosphere to form reflective aerosol particles.

Daniel and colleagues with NOAA, CIRES, the University of Colorado, NASA and the University of Paris used a climate model to explore how changes in the stratosphere's aerosol content could affect global climate change”both in the last decade and projected into the future. The team concluded that models miss an important cooling factor if they don't account for the influence of stratospheric aerosol or don't include recent changes in stratospheric aerosol levels.

Moreover, future global temperatures will depend on stratospheric aerosol. The warming from greenhouse gases and aerosols calculated for the coming decade can vary by almost a factor of two, depending on whether aerosols continue to increase at the same rate as over the past decade or if instead they decrease to low levels, such as those experienced in 1960.

If stratospheric aerosol levels continue to increase, temperatures will not rise as quickly as they would otherwise, according to Ellsworth Dutton, also with NOAA ESRL and a co-author on the paper. Conversely, if stratospheric aerosol levels decrease, temperatures would increase faster. Dutton and his colleagues use the term persistently variable to describe how the background levels of aerosol in Earth's stratosphere can change from one decade to the next, even in the absence of major volcanic activity.

Ultimately, by incorporating the ups and downs of stratospheric aerosols, climate models will be able to give not only better estimates of future climate change, but also better explanations of past climate changes.

The ˜background' stratospheric aerosols are more of a player than we thought, said Daniel. The last decade has shown us that it doesn't take an extremely large volcanic eruption for these aerosols to be important to climate.