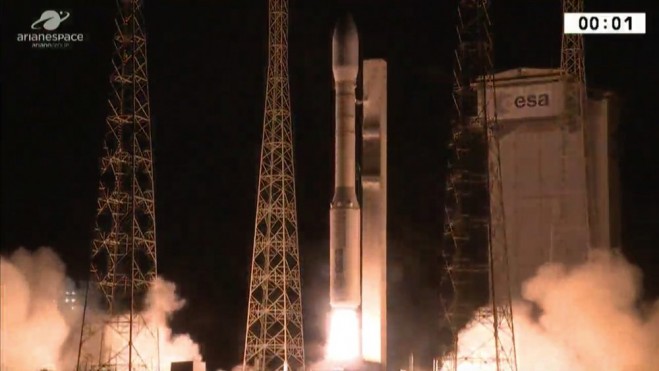 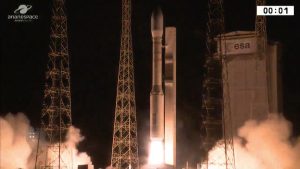 Optsat-3000 will provide Italy’s Ministry of Defense with global high-resolution images. With a mass of 368 kilograms, it was the first to be released after about 42 minutes. The 264-kilogram Vegetation and Environment monitoring on a New Micro Satellite (Venμs), sponsored by France and Israel, will study vegetation and the environment as well as demonstrate a new electrical propulsion system.