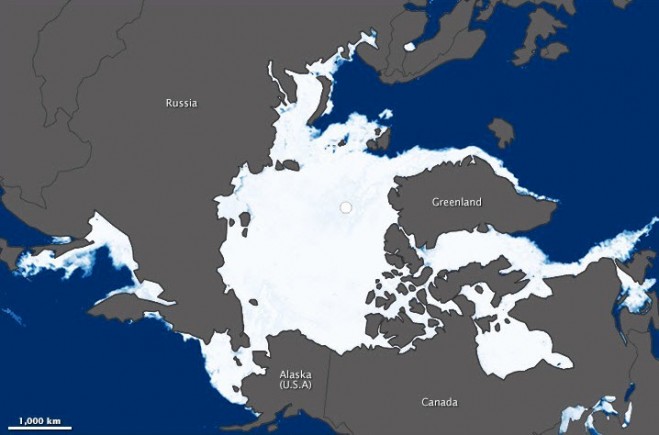 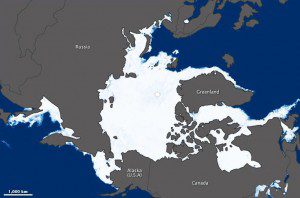 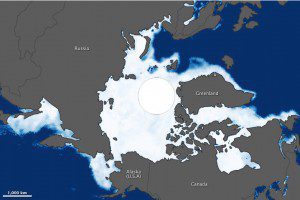 Arctic sea ice reached its annual maximum on March 21, 2014. Although the year wasn’t extraordinary—the fifth lowest extent in 36 years of satellite records—the trend continues to be.

The seven smallest ice extents in the Arctic have occurred during the past seven years, and there’s strong evidence the trend will continue. According to the National Snow and Ice Data Center (NSIDC), Arctic sea ice extent reached 14.91 million square kilometers (5.76 million square miles) on March 21. Extent is defined as the total area in which the sea ice concentration is at least 15 percent.

The season had been looking significantly worse until a strong Arctic Oscillation weather pattern dispersed and extended the ice in some regions. It was the fifth latest sea ice maximum on record; the average maximum occurs around March 9.