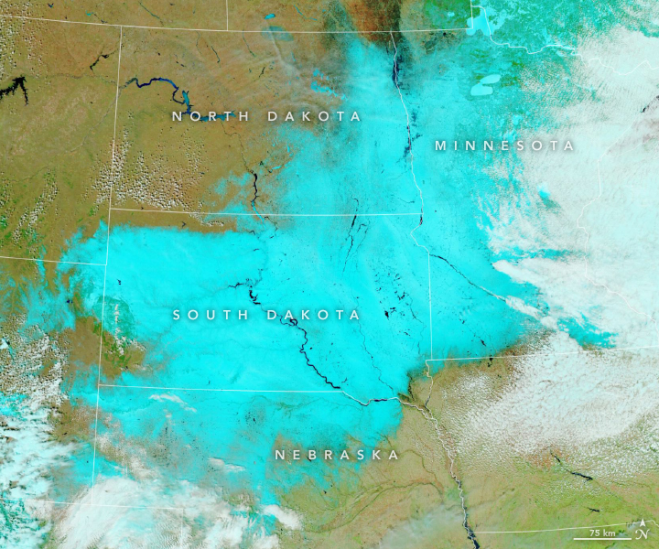 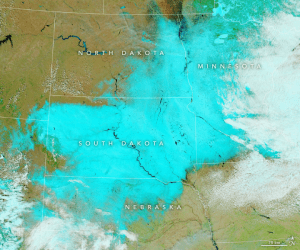 For the second time in a month, an intense spring “bomb cyclone” plastered the Upper Midwest of the United States with snow and wind. Although the April storm was not quite as strong as the blizzard in March, several states were hit with more than 12 inches (30 centimeters) of snow and by wind gusts exceeding 50 miles (80 kilometers) per hour.

On April 10-12, 2019, whiteout conditions clogged roadways, caused tens of thousands of homes to lose power, and grounded hundreds of flights, according to news reports. South Dakota was one of the hardest hit states, with more than 24 inches (60 centimeters) of snow falling across much of the state.

Many rivers in the region were already swollen with water (dark blue) before the storm arrived. Forecasters are wary that the influx of new snow could trigger new floods in the coming weeks; at a minimum, rivers will be high in the coming days. A few rivers in South Dakota—most notably the James and Big Sioux—were well above flood stage on April 15.