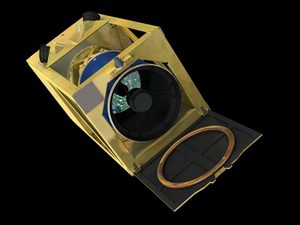 SCOUT has a short delivery timeline achieved through use of previously qualified hardware and electronics and commercial-off-the-shelf aerospace components, thus minimizing development.

In line with a growing trend toward smaller Earth observation (EO) satellites, Andrews Space announced a contract with an undisclosed customer to deliver two EO microsatellites in 2014.

SCOUT is a low-cost, high-performance imaging spacecraft based on the SENTRY 4000 microsatellite bus.Â Each SCOUT spacecraft relies heavily on products and components designed and built by Andrews Space integrated with a payload provided by an external partner. The satellite design is robust to allow for launch as a secondary payload on a variety of launch vehicles in either a vertical or cantilevered configuration.

We are witnessing the beginning of a revolution in the Earth imaging market as companies and government organizations embrace these emerging microsatellite technologies, said Melissa Wuerl, director of programs and business development at Andrews Space.Â SCOUT supports a variety of imaging payloads and can provide better than 1.5-meter resolution.Â At under 50 kg wet mass, it's also cheaper to test, transport and launch than larger, traditional imaging satellites. In the satellite world, we need to dream smaller, not bigger.