May 6, 2014
After Launch Delay, Kazakhstan EO Satellite in Orbit 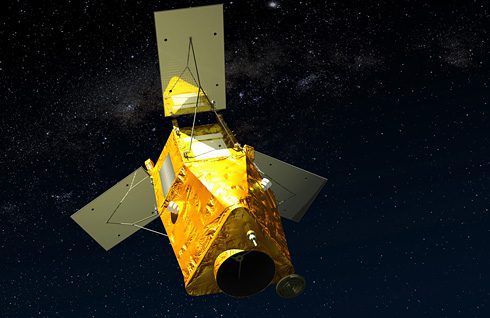 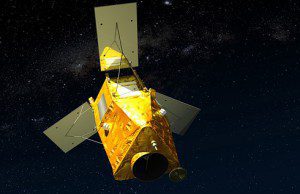 KazEOSat-1 is a 1-meter-resolution satellite that will provide the Republic of Kazakhstan with a range of civil applications, from monitoring natural and agricultural resources to providing support for rescue operations in the event of natural disasters.

Following a one-day reset due to launch pad difficulties on April 28, 2014, the Republic of Kazakhstan’s first Earth observation (EO) satellite was placed in orbit on April 29.

KazEOSat-1 (formerly known as DZZ-HR) was successfully launched on board a Vega launcher from the European Spaceport in Kourou, French Guiana. The satellite is in a low sun-synchronous orbit (about 700 kilometers from Earth) and has sent its first operational signal. Airbus Defence and Space built KazEOSat-1.

KazEOSat-1 is the high-resolution element of a space-based EO system that will comprise two satellites and their ground segment. The medium-resolution satellite, KazEOSat-2, is being built by Surrey Satellite Technology Ltd., a British subsidiary of Airbus Defence and Space.