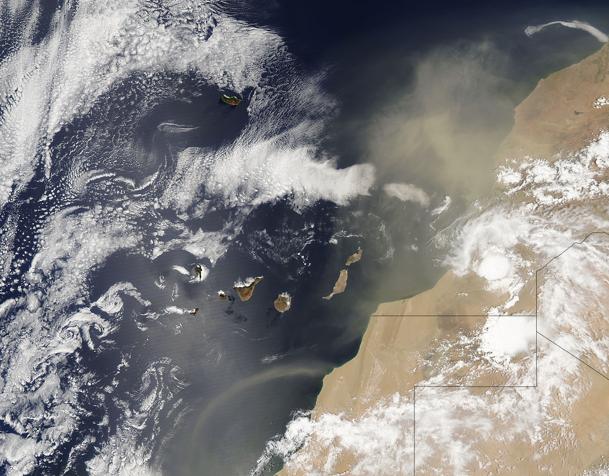 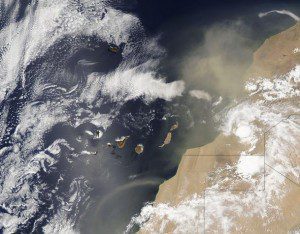 Microscopic dust particles from African sandstorms blowing across the Atlantic to the Caribbean limit airplane pilots’ visibility to just a few miles and affect the ability of asthmatics to breathe.

The phenomenon has been around as long as there’s been sand in the Sahara Desert. But it’s attracting more attention from regional scientists who say the clouds have grown, even if there’s no global consensus on the issue.

In recent days and weeks, a particularly large cloud dusted eastern Caribbean islands. In satellite images provided by NASA, the enormous, smoky clouds can be seen wafting westward from Africa covering hundreds of square miles. From the ground, they can bring a faint haze.

While the clouds have been treated as a meteorological curiosity by TV newscasts, scientists say periodic masses of dust may have important climactic consequences, even hindering hurricane formation to some degree. NASA has been sending unmanned drones into tropical storms this year to study the phenomenon. Experts say particulate matter found in the clouds may also be cause for health concerns, and are calling for more study to understand their potential impact.