July 23, 2014
A Rash of Fires Invades Canada and the Pacific Northwest 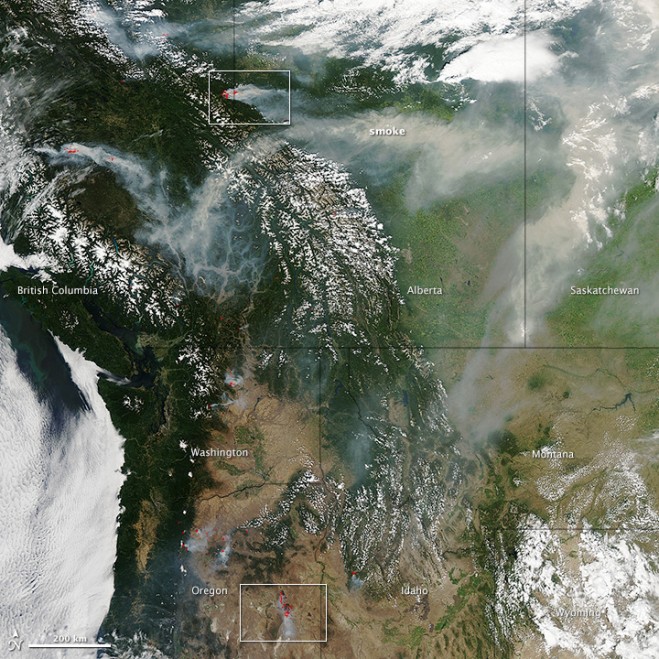 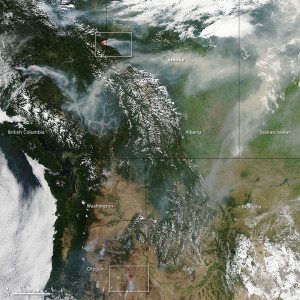 In this July 16, 2014, image captured by the Aqua satellite, forests appear dark green. The snow-capped peaks of the Canadian Rockies are visible in the center of the image. Large banks of white clouds hover over the Pacific Ocean, northern Alberta and Wyoming. Winds pushed long plumes of smoke east toward Alberta and into Saskatchewan.

In Washington, the Carlton Complex of fires had burned nearly 400 square miles and was 16 percent contained as of July 22, according to fire spokeswoman Jessica Payne. On July 21, the fire was just 2 percent contained. Payne said the number of homes destroyed was 150, and more than 2,100 firefighters and support crew are involved with fighting the fire. The fire is being blamed for one death, a 67-year-old male who died of an apparent heart attack as he and his wife were preparing for the fire near their home.