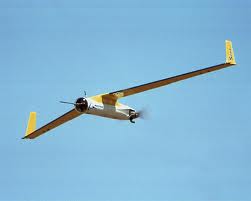 UAVs, such as Insitu’s ScanEagle, have enormous potential for civilian applications.

Most of us are familiar with unmanned aerial vehicles (UAVs)—at least the variety used by American military forces to wage war in the air without risking pilots’ lives. But some might wonder why UAVs aren’t being used for mundane activities. It’s because UAVs have been federally regulated since their inception, meaning the marketplace hasn’t had the freedom to conjure up new ideas for these revolutionary machines, according to James Grimsley, president and CEO of Norman, Okla.-based Design Intelligence Inc., a company that develops technology for unmanned aerial systems (UASs).

That change will be possible thanks to an evolution in how the Federal Aviation Administration (FAA) regulates UAVs. The FAA’s Web site states, “To address the increasing civil market and the desire by civilian operators to fly UASs, the FAA is developing new policies, procedures and approval processes.” But the agency says these changes aren’t anticipated until at least 2015.

According to Grimsley, there are many potential uses for UAVs, including package delivery. Think for a moment about sending a package overnight. It often means the package is put aboard a piloted airplane. It might then be loaded onto a truck and driven miles to a remote destination.

“UPS charges you $15 to deliver a package, and they have to deliver it overnight regardless of the cost for them,” Grimsley said. “If we had planes that could handle 10 or 20 pounds of cargo that would fly to these small areas and regional hubs, we could move mail and very small cargo and packages. Small vehicles don’t require big airports, they don’t require the infrastructure planes do, and they’re cheaper and safer.”

Grimsley points out all the problems that accompany manned flight just to deliver packages: safety devices, life-support systems and the destruction that can occur if a large plane crashes. By using UAVs, such problems could be circumvented, and services like organ delivery could be more streamlined. UAVs may also soon be used as communications relays. Instead of incurring the high cost of launching a satellite, solar-powered UAVs could stay aloft for years and serve the same function as orbit satellites. Another practical use for UAVs, according to Grimsley, would be monitoring municipal assets.

“Cities often buy large amounts of equipment that are all over the place, like tractors and trucks,” he said. “Those things can be stolen, and it can take quite a while before the government will even realize they’re gone. They can be implanted with RFID tags, and you could have a UAV flying around mapping all of these vehicles, and when one shows that it’s no longer within the map, you can go looking for it.”

In the end, the development of the next generation of UAVs will primarily be driven by safety. Just as NASA came to accept robots as far superior for exploration in terms of safety, cost and efficiency, so too will the coming era of everyday UAVs.

“We typically think of the sexy and exciting things first, but they don’t necessarily turn into big financial opportunities,” Grimsley said. “What turns into big opportunities are mundane things like delivering mail, cargo, packages—almost a sort of railroad-in-the-sky type thing. That’s what will really turn into major drivers and economic opportunities.”