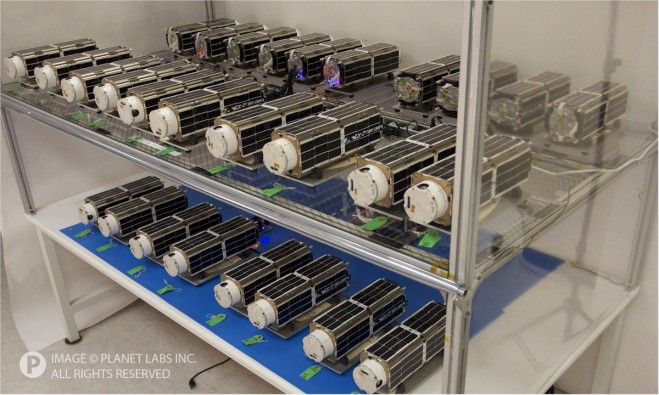 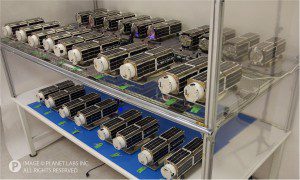 This image shows the 28 Earth observation spacecraft that make up Planet Labs’ Flock 1 constellation before being sent to the launch pad.

According to Will Marshall, co-founder and CEO of Planet Labs, “The latest generation of satellites will enable us to image the whole globe at high frequency, producing an unprecedented data set that will unlock huge commercial, environmental and humanitarian value.”

TechCrunch reported on Nov. 26, 2013: “Planet Labs produces satellites that are ultra-efficient to make and operate, lowering the cost of satellite imagery while getting better images more often. Its “doves” are much smaller and fly much lower than traditional satellites, at an orbit of around 400 to 500 kilometers compared with 800 to 1,200 kilometers above Earth. That said, Planet Labs’ doves don’t live as long, with a typical lifespan of about one to three years.”