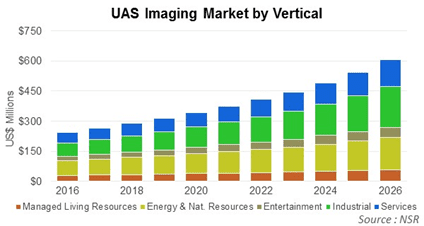 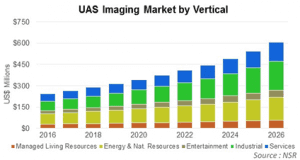 The demand for Intelligence, Surveillance and Reconnaissance (ISR), and combat capability is on the rise, due to global conflicts in the Middle East and Asia. Consequently, the 2016-2017 period notes a significant UAS supply increase from the U.S., China and Middle Eastern countries. This growth highlights the opportunity in satcom terminals and capacity services for satellite operators and equipment manufacturers. The demand for Medium Altitude Long Endurance (MALE) airframes continues to outshine other satcom enabled airframes, and NSR projects more than 8,000 satcom in-service units by 2026, with MALE systems accounting for almost 75 percent of the market.