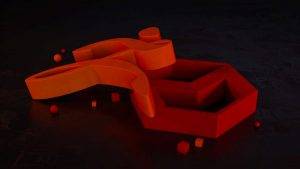 Combining the competence of ZBrush with Maxon One

ZBrush is used by respected film studios, game developers, designers, advertisers, and illustrators around the world. The industry's top creatives have employed ZBrush for a number of notable movies, such as Dune, Star Wars, Avatar, Game of Thrones and many more. Pixologic is a fast-growing and highly profitable company with an operating margin above the Nemetschek Group average.

After the successful integrations of Redshift and Red Giant, this acquisition is a perfect and logical strategic move that substantially completes Maxon's product line with 3D sculpting and painting expertise. It also firmly positions the company as an industry leader for providing superior creative tools to digital artists to the dynamically growing, â‚¬16 billion 3D animation market.

With this step, we are amplifying the innovative and creative possibilities of our customers, stated David McGavran, CEO of Maxon. By combining our world-class tools and people, we hope to delight creative artists with an ever-expanding and powerful toolset for their needs. With our enhanced portfolio, we aim to revolutionize the industry while also playing a crucial role in the huge emerging Metaverse market.

We are excited to start working with the Maxon team, said Ofer Alon, Founder and Visionary of Pixologic. Our synergies are undeniable “ both companies share a great tradition of outstanding products, innovation, and a passion to serve the creative community.

This is a big step forward for the Nemetschek Group as we are significantly expanding our leadership in 3D software solutions for artists and creative minds. The acquisition is a perfect match, which comes at the right time for us to take advantage of heightened market opportunities in our media segment, said Dr Axel Kaufmann, CFOO and spokesman of the Nemetschek Group.

About ZBrush
ZBrush is used by respected film studios, game developers, designers, advertisers, illustrators, and scientists around the world. The industry's top creatives have employed ZBrush for nearly every major franchise including Dune, Star Wars, Avatar, the Marvel Universe, Game of Thrones, Lord of the Rings/Hobbit and more. Its versatility has also made it an integral part of animated features such as Frozen, Moana, Raya and the Last Dragon, and Encanto. ZBrush has also been used extensively in Triple A games including Fortnite, the God of War Franchise, Uncharted Franchise, Assassin’s Creed Franchise, Far Cry Franchise, The Division Franchise, and more.