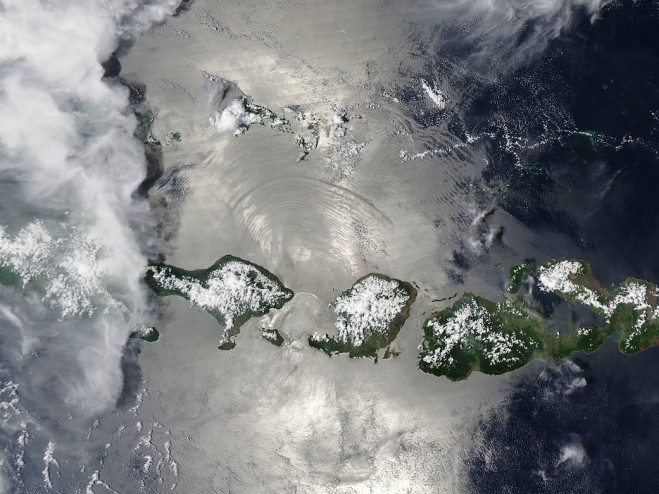 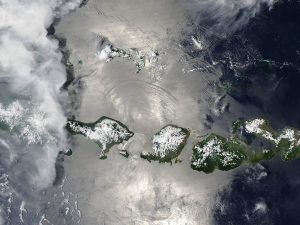 Internal waves are generated when the interface between layers is disturbed, such as when tidal flow passes over rough ocean floors, ridges or other obstacles. The Lombok Strait, a relatively narrow passageway between Bali (west) and Lombok (east), allows water to flow from the Pacific Ocean into the Indian Ocean. The strait’s bottom is complex and rough, consisting of two main channels, one shallow and one deep. Because of the variation in water movement due to the complexity of the channels and ocean interface, tides in the strait have a complex rhythm that combines about every 14 days to create an exceptionally strong tidal flow. The combination of rough topography, strong tidal currents and stratified water from the ocean exchange makes the Lombok Strait famous for generating intense internal waves.