U.K. police searching for April Jones are using unmanned aircraft to look for any trace of the five-year-old, missing since Oct. 1, and say the hunt could continue beyond Christmas. 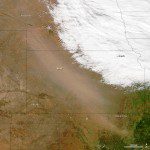 In mid-October, severe winds blew soil and sediment across hundreds of miles in the middle of North America, closing highways and reminding long-time residents of the 1930s Dust Bowl years and severe dust storms of the 1950s.

When the colossal crack shown in the accompanying TerraSar-X satellite images reaches the other side of the Pine Island Glacier ice shelf, it’ll send the largest iceberg in decades adrift into Pine Island Bay.

In early 2013, scientists and data users will have the opportunity to debate the merits of three competing concepts for the next Earth Explorer satellite mission.

The use of data from Earth-observing satellites in the insurance business is still in the early stages, but pressure to be ready for more frequent extreme-weather events is increasing.

Alameda County Sheriff Greg Ahern first tested an unmanned aircraft system about a year ago. Now he’s looking into buying one, which would be a first for California law enforcement. 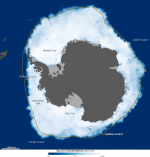 Two weeks after a new record was set in the Arctic Ocean for the least amount of sea ice coverage in the satellite record, Antarctic ice conversely achieved record high levels. 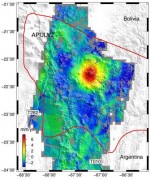 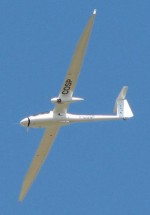 A field experiment has researchers excited about the potential of Ka-band, a new short radar wavelength—only 8.5 mm—to image Earth from space.