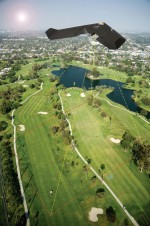 Cobham Aviation Services (Cobham) and General Atomics Aeronautical Systems, Inc. (GA-ASI) have today signed a Teaming Agreement to create an affiliation covering whole life support arrangements for GA-ASI products in the UK and Australia. The teaming arrangement focuses on the provision of support for the Predator® B / MQ-9 Reaper® Remotely Piloted Aircraft (RPA) system currently in

The University of Reading in the United Kingdom has made progress on a new £12 million environmental science big data and analysis center called the Institute for Environmental Analytics. The institute is working to develop technology, skills and commercial enterprises to adapt to environmental pressures and extreme weather events.

March 19, 2015—The organisers of the UK’s largest geospatial event, GEO Business 2015, which takes place at the Business Design Centre in London from 27-28 May 2015, are delighted to present their most extensive commercial workshop programme yet, which explores cutting-edge technology and techniques to meet the needs of a rapidly developing industry. Caroline Hobden,

Leicestershire, Nov. 25, 2014—Arguments about which UK city has the most polluted air could be put to rest once and for all thanks to a landmark new project that uses state of the art techniques to measure air pollution in city environments. A partnership between the University of Leicester and aerial mapping company Bluesky is aiming to improve

Leicestershire, UK, Nov. 20, 2014—Aerial mapping company Bluesky has published the first ever nationwide map of trees revealing the true extent of our ‘green and pleasant land’. Topping the charts at numbers one and two respectively are local authority districts Surrey Heath and Waverly both with over 40 per cent tree cover. Leafy Surrey, with some of the highest house

On 13th November at the Chesford Grange Hotel in Warwickshire, AGI hosted a new look awards ceremony for 2014. This prestigious event brought together leaders from across the geospatial sector to celebrate the best of the year’s geospatial projects, as well as excellence in teaching and research.  The compere for the evening was Professor Iain Stewart,