Cambridge, ON – exactEarth Ltd. (TSX: XCT) (“the Company”), the leading provider of Satellite AIS data services, today announces a Strategic Alliance Agreement (the “Agreement”) with Larus Technologies (“Larus”), an Ottawa-based provider of adaptive learning and predictive analytics software.  Under the Agreement, the two companies will work together to develop and market Big Data analytics-based

ENGLEWOOD, COLO., and BOSTON, MASS. — Surrey Satellite Technology US LLC and BridgeSat Inc. are pleased to announce a partnership to work towards developing a free-space optical communications system that will provide secure data downlinks from satellites to a proprietary ground network at faster speeds than equivalent radio frequency solutions. Under this partnership, Surrey will

Despite only being in orbit a matter of weeks, Sentinel-3A has already delivered some impressive first images. With the thermal-infrared channels now turned on, the satellite completes its set of firsts with a view of ocean features off the coast of Namibia. Arguably the most comprehensive of all the Copernicus Sentinel missions, Sentinel-3A carries a

Richmond, BC - MacDonald, Dettwiler and Associates Ltd. ("MDA" or the "Company") (TSX: MDA), a global communications and information company, today announced that it has been awarded two contracts with a total value of several million dollars from DigitalGlobe Inc. to provide new ground station solutions to two international customers. The ground stations will receive

Global Satellite-based Earth Observation Market Is Expected To Grow At A CAGR of 14.11% By 2020: Hexa Reports

Satellite-based EO is used across verticals such as defense and intelligence, weather, agriculture, natural resources, engineering and construction, media and entertainment, and tourism. Covered in this report: The report covers the present scenario and the growth prospects of the global satellite-based EO market for 2016-2020. To calculate the market size, the report considers the revenue

AVENTURA, FL — Orbital Tracking Corp., (OTCQB:TRKK) (the “Company”), a leading global provider of Mobile Satellite Solutions (MSS) for satellite based communications and asset tracking, including ground station construction, specialized engineering services and product design, announced today that it has developed its first global tracking product, a dual-mode asset tracker, which will be available in the

The three instruments on the Sentinel-3A satellite are now offering a tantalising glimpse of what’s in store for Europe’s Copernicus environmental monitoring effort. The latest images, which feature Europe and Antarctica, come from the sensor that records Earth’s radiant energy. Launched just three weeks ago, Sentinel-3A carries a suite of cutting-edge instruments to provide systematic 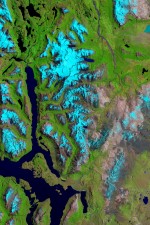