US: DigitalGlobe has entered into a commercial reseller agreement with Hitachi for the distribution of the former’s satellite imagery products and services in Japan, a news agency reported on Monday. Hitachi will serve as exclusive reseller and Japan Space Imaging will be its exclusive subreseller in efforts to provide the Japanese market, including government customers, with 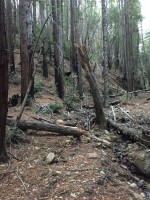 Sentinel-1A Monitors Aquaculture in the Mediterranean

Images from the Sentinel-1A satellite are being used to monitor aquaculture in the Mediterranean, in another example of the mission’s contribution to food security, as fisheries become the main source of seafood. The satellite counted nearly 4500 fish cages over six months, mainly of mussel racks or finfish, along the western Mediterranean’s coastline. The number

Vancouver, BC, April 19, 2016—DigitalGlobe' s information partners are focused on building applications and services that harvest the rich information contained within our imagery and delivering it to their customers. Today they are excited to welcome Auracle Geospatial as our newest global information partner. Auracle is an experienced provider of remote sensing and geospatial services

MCLEAN, Va. — Vricon has announced it has selected Japan Space Imaging Corporation (JSI) for an exclusive reselling agreement. JSI is appointed as Vricon's distributor in Japan and an exclusive partner for the Japanese defense and intelligence segment. Vricon provides The Globe in 3D – the most accurate geospatial terrain data of Earth in 3D. The