Cambridge, ON  – exactEarth Ltd. (TSX: XCT) (the “Company”), announces that it has been selected by Telespazio France to supply Satellite AIS services to the French Navy as part of the recently announced four-year Trimaran 2 project won by a consortium of Airbus Defense and Space and Telespazio France. Under terms of the contract, exactEarth will

Scientist Will Use Satellite Data to Study Lightning That Sizzles

Most cloud-to-ground lightning (about eight of nine events) is actually a rapid series of strikes, pop-pop-pop, each lasting a few hundreds of millionths of a second, too fast for our eyes to separate into individual events. The other one in nine (give or take) creates a channel in the air, through which a lightning current

December 2, 2015 — Farmers can now call on the latest satellite information using the unique TalkingFields service to get the best from their land while cutting the environmental cost. Globally available satellite data are fine-tuned to the needs of individual farmers by the Vista company in Germany, who combine optical satellite images with information from

October 2, 2015 — How to detect and monitor landslides and instability risks over urban areas, large infrastructures and the territory around it, in order to prevent disasters? Planetek Italia has set up Preciso® landslide, a new monitoring product, based on satellite data, to periodically provide information about infrastructures stability and landslides that could affect 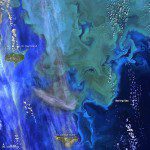