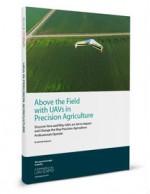 Feb. 25, 2015—Unmanned Systems Canada is pleased to release the report Canadian Civil UAS 2014. The report, developed with funding from the National Research Council of Canada (NRC), provides insight into the growth and potential of the UAS sector in Canada. “It was a pleasure to undertake this work for NRC”, said Stewart Baillie, one