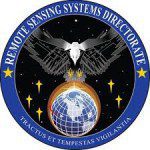 May 2, 2015—Sewall is pleased to announce that Senior Digital Imaging Technician Tinia Graham has passed the written examination and all other requirements for initial certification as a Certified Photogrammetrist (CP) through the American Society for Photogrammetry and Remote Sensing (ASPRS).  Mrs. Graham’s achievement will strengthen Sewall’s imaging and mapping capabilities. At least six years

Optech Expanding Solutions for Latin America at MundoGEO 2015 in Brazil

April 27, 2015 — Optech is pleased to announce that it will showcase the latest and most innovative remote sensing solutions at the ASPRS 2015 Annual Conference, the Imaging & Geospatial Technology Forum (IGTF), on May 6-7 in Tampa, FL, USA. The forum will also host a presentation on multispectral lidar technology and the exciting

Plans are under way for Landsat 9, continuing the legacy of the U.S. satellite imagery resource. In addition, there are dollars in President Obama’s budget to expand Landsat data’s usability and accessibility.

The Emirates Institution for Advanced Science and Technology promoted a remote sensing applications competition to use imagery from DubaiSat-2 and received 20 concepts. Now the concepts are being further developed for presentation to a panel of judges that will assess their benefits, creativity and innovation.

April 17, 2015 — The German Aerospace Center (Deutsches Zentrum für Luft- und Raumfahrt; DLR) is organising the 36th International Symposium on Remote Sensing of the Environment (ISRSE) in Berlin from 11 to 15 May 2015. The conference has taken place every two years since the 1960s – most recently in Beijing in 2013 and

April 16, 2015 — Optech is pleased to announce that it will be exhibiting at GEO-Siberia in Novosibirsk, Russia, on April 20-22, 2015, where it will display exciting new remote sensing tools for both airborne and underground surveying in booth 303. With its innovative PulseTRAK™ technology, the compact Optech Galaxy airborne laser mapper eliminates the