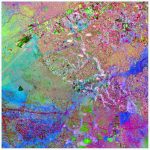 WASHINGTON — Commercial remote sensing company Planet announced Feb. 3 it was acquiring rival Terra Bella from Google for an undisclosed sum, bringing together what the companies believe are complementary capabilities to image the Earth from space. Under the deal, rumored to be in the works since December, Planet will acquire Terra Bella’s business, including