SAN FRANCISCO, Calif.—Business and IT leaders in architecture, engineering and construction are in San Francisco to discuss the future of construction technology at ENR's annual FutureTech Conference. EarthCam is using the platform to announce that it will be providing drone and aerial imagery services under the title, EarthCam Air. The newest offering combines its powerful

University of Adelaide environmental researchers have called for a ‘code of best practice’ in using unmanned aerial vehicles (drones) for wildlife monitoring and protection, and other biological field research. The researchers, from the University’s Unmanned Research Aircraft Facility (URAF) or Adelaide Drone Hub, say that drones are a useful tool for field research and their

Feb. 29, 2016—Operators of UK transport networks are the first who are set to benefit from Live Land, a satellite-based land monitoring system developed through ESA. Transport operators across the UK face significant challenges in monitoring and detecting landslides and subsidence across their networks. Incidents in the vicinity of roads and railways, resulting from such

Archaeologist Explains UAV Use at Fifa for Site Documentation, Monitoring

The use of unmanned aerial vehicles — drones — to document and monitor a ravaged landscape on the Dead Sea Plain in Jordan for the past three years reveals that looting continues at the site, though at a measurably reduced pace, according to a DePaul University archaeologist. “Drones are proving to be powerful new tools 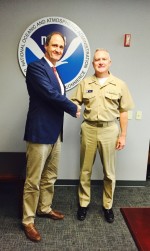 Scientists busy poring over more than a year of data from NASA's Orbiting Carbon Observatory-2 (OCO-2) mission are seeing patterns emerge as they seek answers to the science questions that drive the mission. Launched in July 2014, OCO-2, an experimental carbon-dioxide measurement mission, is designed to give the international science community a new view of

Amsterdam, Sept. 28, 2015—Drones could monitor the success of forest regeneration in the tropics, suggests a new study published in Biological Conservation. The researchers say automating the monitoring process leads to equally accurate results and could save a significant amount of time and money. The new research has been selected by an international scientific committee to