REDLANDS, Calif.-Esri, the global leader in spatial analytics, today announced that the company's founder and president, Jack Dangermond, will be a keynote speaker at the American Society for Photogrammetry and Remote Sensing (ASPRS) Imaging & Geospatial Technology Forum (IGTF) 2017 annual conference, to be held March 12 through 16 at Marriott Waterfront, in Baltimore, Maryland.

Redlands, California —In its inaugural edition of "The Business Insider 100: The Creators," Business Insider has named Esri cofounders Jack and Laura Dangermond among the top 100 business visionaries creating value for the world. They are joined on the list by leaders from established businesses such as Apple, General Motors, and Ikea, as well as upstarts 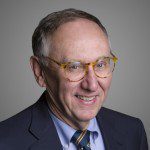 Interview: The Birth of a New Type of GIS

Earth Imaging Journal Editorial Director Matt Ball spoke with Jack Dangermond, founder and president of Esri, about the company’s many recent and soon-to-be-released offerings. The conversation ranged from the uptake of Story Maps and a new type of geo-journalism, the meaning of “smart” maps, easing field data collection with apps and the explosion of imagery.

Jack and Laura Dangermond, founders of Esri, were awarded the Audubon Medal at the National Audubon Society’s Gala Dinner at The Plaza Hotel in New York City on March 31, 2015. The two were recognized for their outstanding achievement in geographic information system technology and conservation innovation as well as their support for research institutions, schools and nonprofit organizations.