HANNOVER, GERMANY- Hexagon Geospatial is proud to announce that we will team up with Huawei to showcase solutions to support the development of Smart Cities at CeBIT2017 in Hannover, Germany. Hauwei, a leader in the Information and Communications Technology (ICT) industry, is leading the way down the Road to Digital Transformation. As part of this

NACKA STRAND, Sweden--Regulatory News:Hexagon (STO:HEXAB) hosts its Capital Markets Day in London, United Kingdom, today and launches a new five-year financial plan stretching to 2021. The plan includes two scenarios, one base case and one opportunity case. Base case scenario: Sales targets of 4.6 billion EUR and EBIT margin of 27 per cent. The sales

NACKA STRAND, Sweden - Regulatory News: Hexagon (STO:HEXAB) Today, the Norwegian Economic Crime Authority decided not to file for an extension of Ola Rollén’s detainment relating to allegations around personal investments in a Norwegian company. He is set to be released at the latest Saturday, 5 November. The legal investigation will continue but Ola Rollén

NACKA STRAND, Sweden - Ola Rollén, Hexagon’s President and CEO, is currently under investigation for insider trading stemming from personal investments unrelated to Hexagon. The circumstances have been explained in this morning’s press release from Christian B Hjort and Erik Keiserud, Ola Rollén’s lawyers, arguing “that the charge is based on a misinterpretation of the

WASHINGTON — To provide a graphical representation of cultural crimes committed by Daesh (also known as ISIS or ISIL) and other extremist organizations in the Middle East and North African region, the Antiquities Coalition partnered with Hexagon to create the Culture Under Threat Map. The interactive map program base includes current high-resolution satellite imagery maps and displays the destruction 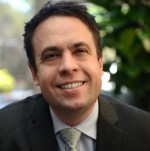 V1 Editorial Director Matt Ball spoke with Mladen Stojic, president of Hexagon Geospatial, about this transition and the IGNITE contest with significant prize money to spur developers to create applications using the platform.

Hexagon AB, a leading global provider of information technologies that drive productivity and quality across geospatial and industrial enterprise applications, today announced the acquisition of SigmaSpace Corporation, a provider of next-generation technologies used to rapidly deliver high-quality 3D maps of the Earth. Today, accurate and geo-referenced 3D visualisations have become an absolute necessity in real-world