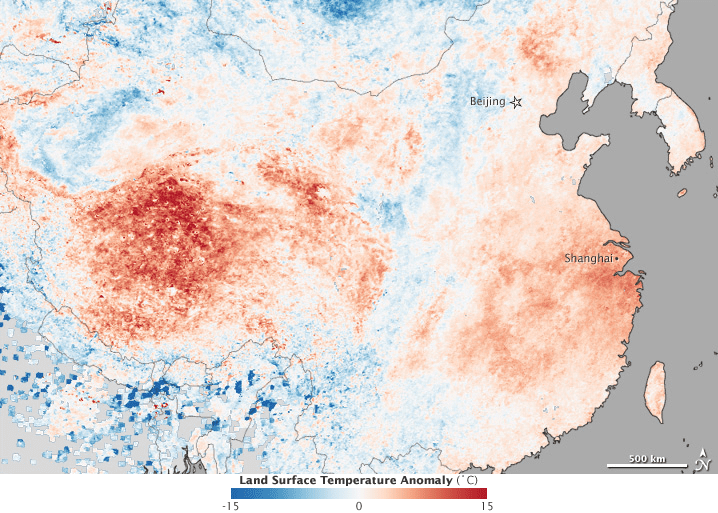 For the entire month of July and the first half of August, eastern China baked in a record-breaking heat wave. Nineteen provinces endured above-normal temperatures. Shanghai broke its all-time record high three times in as many weeks. At least 40 people have died during the heat wave, including 10 in Shanghai, according to the Xinhua news service.