The House of Representatives today unanimously approved bipartisan legislation to address the rising costs of disasters in the United States, reduce the toll of future losses, and improve the efficiency and effectiveness of the Federal Emergency Management Agency’s (FEMA) disaster assistance capabilities and programs. The FEMA Disaster Assistance Reform Act of 2015 (H.R. 1471) was

MARPLOT, free mapping software jointly developed by the U.S. Environmental Protection Agency and the National Oceanic and Atmospheric Administration for responding to hazardous chemical spills, is now improved with version 5.0.

LONDON, Sept. 17, 2014—MapAction is deploying a team of two volunteers and its Chief Executive to Monrovia, Liberia, in response to the Ebola outbreak, which has spread across West Africa. The team will be working in partnership with the United Nations and International Humanitarian Partnership (IHP) to help coordinate the national and international response to 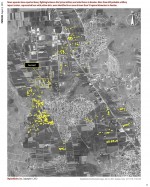 Emergency Response DigitalGlobe has formed an imagery and  geospatial Analysis Center to support humanitarian relief and human security activities around the world. Using DigitalGlobe’s FirstLook service as a platform, the DigitalGlobe analysis team identifies events of interest; tasks our constellation of imaging satellites for immediate collection over appropriate sites; and provides various levels of analysis

On Sept. 19, 1985, Mexico City experienced one of the most devastating earthquakes in history. The magnitude 8.1 quake shook the city in two separate tremors, burying more than 10,000 people amid the rubble. Mexico City officials and citizens commemorate the event by conducting an annual citywide evacuation and simulation, organized by the city’s Civil