Launch of the First Satellite in the “SpaceDataHighway” Programme

EDRS-A, the first relay satellite in the SpaceDataHighway programme (also called EDRS), will be launched to geostationary orbit on 28 January 2016 (Baikonour time). The SpaceDataHighway will provide high speed laser communications in space of up to 1.8 Gigabit per second. This major programme, which cost nearly €500M to develop, is the result of a 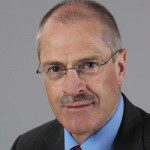