Hallowell, Maine - As an acknowledgment of the diversity of opinions that have recently been expressed about the shape and structure of the earth, Blue Marble is pleased to announce that it is updating its flagship geodetic software, Geographic Calculator, to incorporate flat earth coordinate system parameters. Sharing its extensive core database of coordinate system

Blue Marble Geographics and Alain Olivier Geomatique, Blue Marble’s partner based in France, are pleased to announce that the French Military of Defense (Ministère de la Défense) has signed a three-year agreement to deploy Global Mapper throughout all of branches of the country’s armed forces. This enterprise license provides unlimited access to Global Mapper’s powerful

Global Mapper for Oil and Gas Presentation at Denver PUG

The Denver Petroleum User Group (PUG) will be holding their annual meeting on Thursday, August 11 and Blue Marble is pleased to announce that Mike Childs, lead developer of Global Mapper, will be speaking at the event. Scheduled from 3:00 to 4:00 pm, Mike’s presentation will introduce and demonstrate the use of Global Mapper within 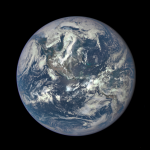 Hallowell, Me., Feb. 4, 2015—Blue Marble Geographics is pleased to announce the release of Global Mapper version 16.1. This interim release features a UAV Video Playback Tool, new options to rotate the map view, and the ability to select and measure features in the 3D viewer. Blue Marble's geospatial data manipulation, visualization and conversion solutions are