Redlands, California—Esri, the global leader in smart mapping, has published Map Use: Reading, Analysis, Interpretation, eighth edition. Esri president Jack Dangermond called the 650-page textbook "a comprehensive primer for using maps effectively." Map Use teaches map fundamentals—what maps are; the types available; what they portray; the purposes they serve; and how to read, analyze, and

For two University of Washington researchers, the real test came as they walked across a barren-looking field. They were on the Columbia Plateau with two state wetland ecologists, searching for a 1-acre body of water identified and mapped for the first time using a new method they developed. But when the group arrived at the

Nutrient pollution is one of the nation’s most difficult environmental challenges. While nutrients are essential compounds for functioning ecosystems and the production of food, fiber, and livestock feed, excessive nutrient levels can dramatically alter aquatic environments and threaten economic and human health. Today, EPA, USGS, ED, the Great Lakes 5 Observing System, and Esri are

Redlands, Calif., Oct. 5, 2015—A new book published by Esri teaches how to use geographic information system (GIS) software to analyze and visualize lidar data. Lidar is an optical remote-sensing system that uses a laser to measure topography, vegetation, objects such as buildings, and the ocean floor at some depths. Data collected from lidar can

Although many providers capture and deliver aerial imagery, it’s the data storage, handling, speed of access, quality and security that must be evaluated and considered when implementing imagery use into a workflow.

There’s no doubt that geospatial datasets are a prime example of “big data.” Clearly, when the goal of the geospatial industry is to record Earth’s changes through mapping and geospatial products and services, a planet-sized dataset can’t be small. The fact that the world is constantly changing and there’s continual innovation in the sensors and 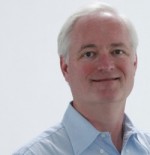