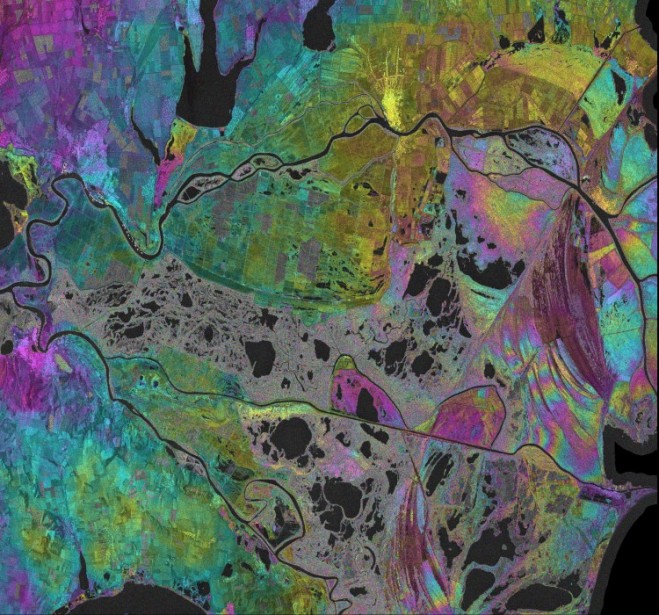 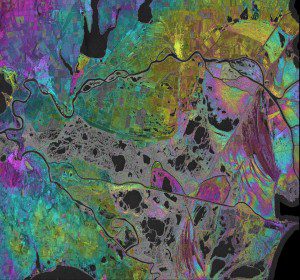 As one of the Ramsar Convention’s wetlands of international importance and a UNESCO World Heritage Site, the delta has more than 30 different types of ecosystems that function as a natural buffer zone for pollutants from the Danube River.

The synthetic-aperture radar (SAR) Sentinel images, when combined, allow scientists to understand hydrological parameters such as water-surface extent, water-level changes, and the direction and gradients of water flow.

“The observed local behaviors proved to be much more complex than previously believed,” said Gheorghe Oaie, general director of GeoEcoMar, a Romanian research institute involved in the project. “Unprecedented detail could be gained on the normally unobservable connections between water bodies, making it possible to create local water-flow scenarios and improve on hydrological models.”