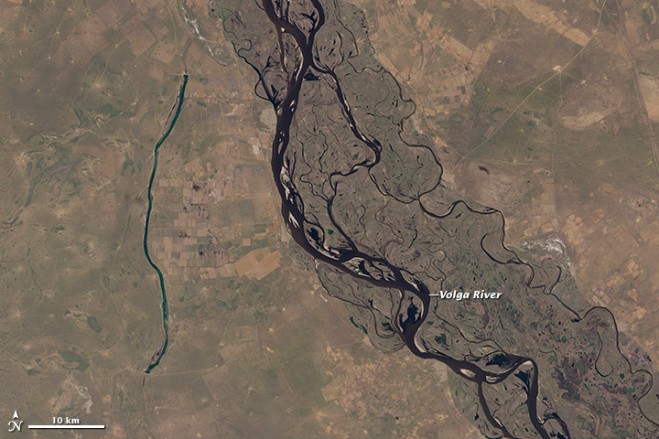 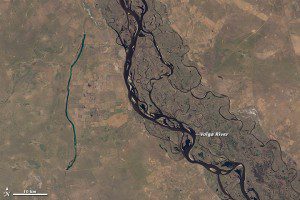 Have you ever wondered what it would be like to soar like a satellite, watching the world pass beneath you? Except for a few astronauts, the dream is elusive—but through imagery from the Landsat Data Continuity Mission (LDCM), we can take such a vicarious flight. And thanks to the Operational Land Imager, the view is crisper than what our own eyes would see.

After two months of testing and calibration in space, LDCM fired its propulsion system and ascended to its final orbit—705 kilometers (438 miles) above Earth’s surface—in mid-April 2013. One week later, the newest satellite in the Landsat family scanned a 185-kilometer (120-mile) wide swath of land from northern Russia to South Africa.

That flight path on April 19, 2013, provided a chance to assemble a flyover view of what LDCM saw, including clouds, haze and varying angles of sunlight. The full mosaic and animation stretches more than 9,000 kilometers (6,000 miles) and includes 56 adjoining, natural-color scenes stitched together into a seamless swath.

Read the full story and experience the views from an LDCM flight path comprising the 56 natural color images.