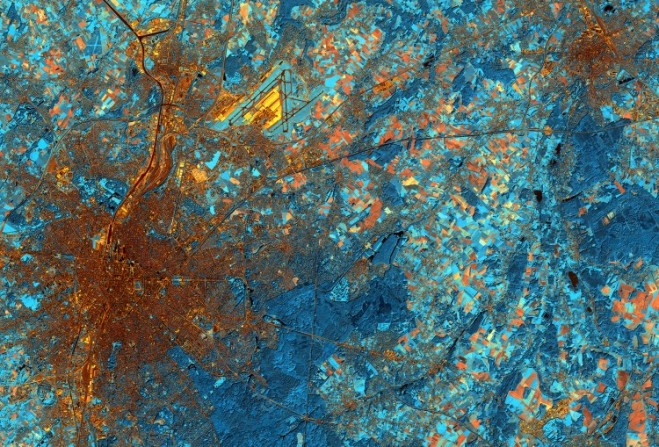 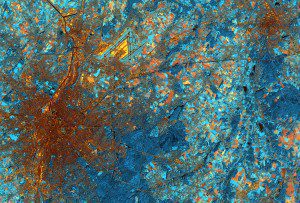 This false-color SPOT 5 image of Brussels was released last week as part of the European Space Agency’s Earth from Space video series.

Released last week as part of the European Space Agency’s Earth from Space video series, this false-color image of Brussels was acquired by the SPOT 5 satellite on Sept. 28, 2011, showcasing the central area of Belgium’s capital city. The darker blue areas depict thicker vegetation cover and highlight the city’s parks.

The Sonian Forest can be seen at the bottom of the image. This dense forest spans more than 4,400 hectares and is home to deer, wild boar and red squirrels.

Brussels is the de facto capital of the European Union. The city is also home to the headquarters of Anheuser-Busch InBev, the world’s largest brewing group.

More details and image download options can be found here.